Edit
Layflat SG-1 is a StarGate campaign played by the Layflat RP group.

Welcome to the Layflat SG-1 campaign. This is a OneRoll engine game based in the StarGate universe (excluding StarGate: Universe.), based on the adventures of a brand new, totally not canon team designated SG-21.

Make sure to put a {{LaySG1}} header on each page as you create them. 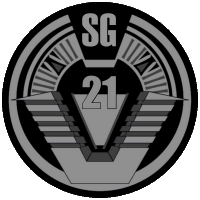