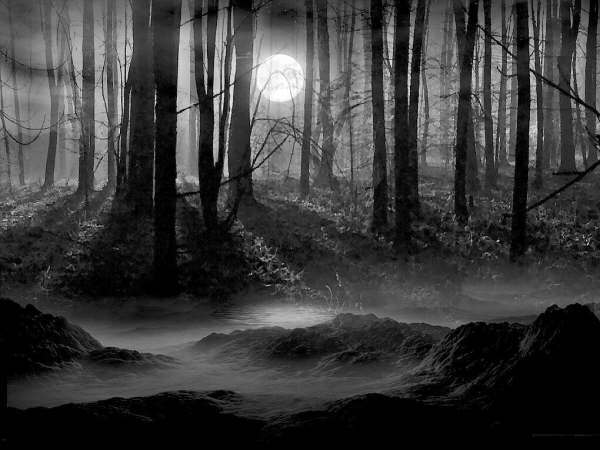 The Shadowfell is the twisted reflection of the world, formed of ark creation-stuff hurled aside by the primordials as they created existence. It encompasses the realm of the dead, and its necrotic energy animates the undead.

The Shadowfell is an unintended echo, much like its brighter counterpart the Feywild. Familiar locations of the world exist there, but they are eerie, deformed, and disturbing. A bustling city of mortals in a worldly land is reflected in the Shadowfell as a crumbling ruin or a ghost-haunted complex of twisted buildings. Familiar terran features seem more insubstantial, darker, or ineffably frightening. Amid these analogs of the world sprawl the strangely quiet cities of the Shadar-Kai, bound to this darkling realm through an ancient pact. And things flutter, whisper, and creep at the edges of awareness, waiting to pounce on the unwary.

The Shadowfell is a place of constant twilight, darkness, and gloom. It isn't completely evil, but it is a place of melancholy and the macabre. Adventurers can find safe havens here, as they can almost everywhere they go, but even these points of light are dim at best in the mists of the Shadowfell.

The mysterious deity known only as the Raven Queen has abandoned the Astral Sea and inhabits a grim fortress in the Shadowfell. Hers is a realm of constant winter. obscure legends claim that she knows where the souls of the departed go when they leave creation, and that she can call a soul back even from beyond. She sometimes keeps unaligned souls for her own inscrutable purposes.

Orcus, Demon Lord of Undead, and Vecna, the God of Secrets, have interests in teh Shadowfell and compete with the Raven Queen for power over the dead. Vecna must have secret holding there, where he builds up power for that moment when the dark goddess shows any sign of weakness. Orcus is less subtle, flooding the Shadowfell with ghouls and other servants. Zehir, the serpentine god of darkness, poison, and lies, has ties to the plane as well. Some of the his followers live there, doing who knows what in the all-encompassing shadows.

Although it might seem that the Raven Queen could clear the Shadowfell of these unwelcome guests, she does little against Vecna, Orcus, and Zehir. Maybe the fact that adventurers who wish to thwart evil can travel to the Shadowfell is enough for her. Possibly she even reveals her enemies to such scrutiny. And perhaps she knows something her enemies don't.