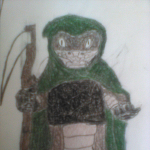 Fabulous foundation, thank you, thank you! At long last my soul can publish in peace. I have had to start as CommanderWeed on being a skateboarder with having had smoked marijuana before the "rules" started encroaching me - I changed it's name to "SpecialOperationsTrooper" and began my spree. Once I am done making a precedential established condition of notational decree on "SpecialOperationsTrooper" to have me be me as not an arbiter but as Sebastian Dabrowski I , well, actually I love this RPG Wiki already!

Thanks for specifying the front page for me. I have been studying roleplaying, roleplaying, and even have gone invisible ninja commando on my family because we love each other that well - it inevitably led to my uncle trying to usurp my foundry to be an "Tessa Upsilon"... so I'm not going to let him get "commander", wolf pack? I'm a the Malayan Pit Viper. But because I liked being the ninja commando I'm somehow going through fandom phazes to figure out how to become a stronger motorcycle driver. I'm in between Master Ranger, Shadow Ranger, being a gambit and actual swordsman. So I've found just being a thief extraordinaire is what I'm doing (that's what Gambit from X-Men is.) Swordsmanship, philanthropy, horse back riding, quantum physics - which reminds me on Dragonology Wiki (where I began for this User Account) I have left my Barbarian Credentials suspended of my DISCORD on the talk-page of "SpecialOperationsTrooper".

I made my spirit animal be my initial roleplaying character. It's also becoming my coat-of-arms, guild heraldry, and a fantastic roleplay. I am going to have myself get lost in a rift through time, become a space mercenary, and upgrade my scythe to a plasma scythe. But after I figure out my dragon hunting roleplay. It has to come first to beat Seers with their "alchemy."

Retrieved from "https://rpg.fandom.com/wiki/User:Dragonologist_by_March_14th_2019?oldid=58698"
Community content is available under CC-BY-SA unless otherwise noted.